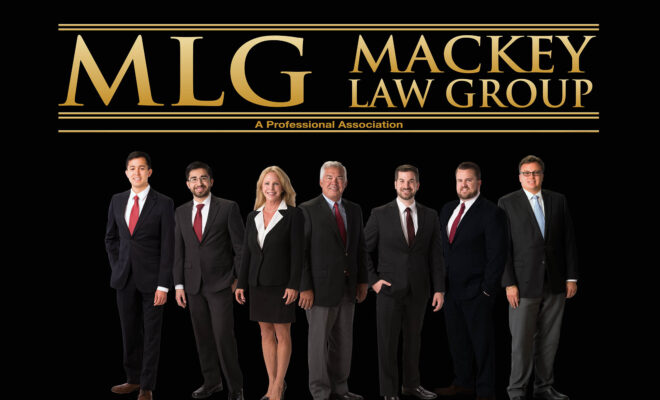 Catherine Zoller Mackey is a fourth generation Bradenton native and a 1979 Manatee High School “Hall of Fame” graduate. Cathie then went on to graduate from Florida State University in 1983 and received her law degree from the University of Miami in 1986.

Cathie started her legal career in Tampa. After marrying Peter Mackey in 1988, they moved to Bradenton where Cathie opened her own law firm. Initially, she litigated construction cases and FDIC foreclosures; but, in late 1990 Cathie convinced her husband Peter to join her. Mackey Law Group is now 30 years old and one of the area’s most dynamic and courtroom-successful law firms.

Cathie has grown the firm to 7 attorneys and associated support staff. She remains the firm’s managing partner. At the same time, Cathie continues her real estate and transactional law practice. Cathie is expertly versed in real estate contracts and closings, from the simple to the very complex; she represents individuals and financial institutions in loan workouts and other transactions. Cathie’s litigation background provides her with a unique insight as to what should and should not be included in contracts and loan documents.

And because of her litigation background, having tried cases before both judges and juries, Cathie oversees the firm’s larger cases. Over the years, Cathie has procured significant results for clients in personal injury cases, wrongful deaths, briefed/successfully argued many appeals, and she was instrumental in litigating and ultimately facilitating Manatee County’s procurement of Emerson Point, a waterfront park enjoyed by our community.

Personally, Cathie is the mother of four successful young adults: a Vanderbilt grad, a UCF grad, an FSU grad, and an Eastern Illinois baseball player/grad. In her free time, Cathie likes to be on the water boating (she is a skilled operator/navigator of the family’s large fishing boat), riding her Harley and jet ski, or keeping physically fit. Cathie works out with free weights or powerwalks most mornings before the sun is up.

Professionally Cathie has been a Florida attorney since 1987. She is a member of the Real Property Probate and Trust Section and the General Practice Solo and Small Firm Section of the Florida bar. She’s admitted to practice in the State and Federal Court systems. It is safe to say Cathie is the most knowledgeable woman practitioner in the area.

Mr. Stalnaker was recommended to me to execute a settlement agreement. Over a year I had to hire four lawyers during my divorce. Kyle not only took my calls, replied to my emails but truly cared about my best interests. He showed genuine sympathy and compassion. When I was loosing hope he listened and explained…